1 September 2014
In Uncategorized
in Education
0 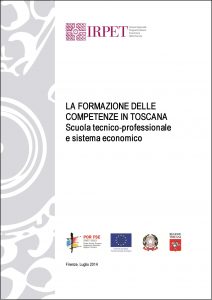 As is well known, the weakness of the relationship between education and the world of production and employment represents one of the most obvious critical issues in Italian economy and society. The discussion on the subject has been going on for three decades now, and writings on this debate have filled bookshelves of University libraries as well as newspapers pages, and not only in the business section. Nor is it a matter of mere discussion, since it is not unlikely that bringing technical and vocational schools to a high-school education level is somehow connected with the low productivity growth that Italy has been suffering since the Nineties, that is long before the present crisis was felt. In addition, in the fifteen years running from 1996 to 2010, the more or less successful main effort of Italian education policy was directed to reform upper secondary school. And what’s more, one of the central issues on which reform proposals failed to agree was precisely the question of the relationships between school and business on one part, and professional and academic-general training on the other. The present work contributes to the debate by illustrating the current situation of technical-vocational schools in Tuscany.