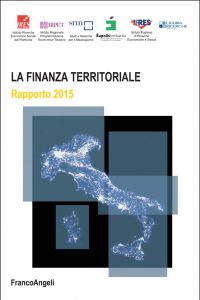 Two-thousand fifteen has been a year that has seen the start of important institutional and accounting reforms, and new fiscal measures are about to be completed that will have increasingly differentiated impacts on territories. IRPET 2015 report highlights the trend evolutions of territorial public finance, monitors the institutional and accounting reform process under way, and outlines its prospects on the basis of the current debate, through a collection of experiences and considerations emerged from the different regional contexts.

The volume, published electronically by Franco Angeli according to the Creative Commons licence, can be freely downloaded here.