9 October 2016
In Tuscany in figures
in Export, Macroeconomics
0 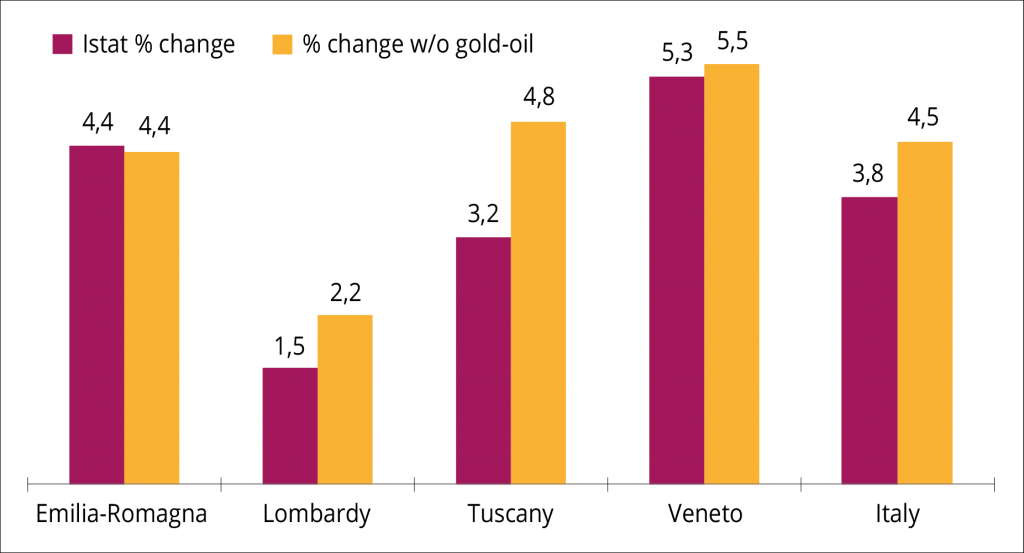 Despite the slowdown of the global economy, foreign exports from Tuscany have grown at a steady pace during 2015, helped along also by the favourable euro/dollar exchange rate. The aggregate figure published by ISTAT reveals that sales abroad have risen. According to official results, in 2015 the region’s positive variation would be lower than the one at Italian level (+3.8%). However, excluding from the computation all low added-value goods produced within the region, such as gold and oil, the performance of Tuscany improves and reaches a +4.8% as compared to 2014, which is above the national figure (+4.5%) and that of other regions, like Emilia-Romagna (+4.4%).